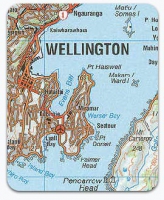 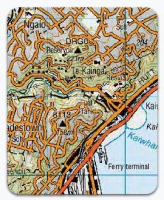 Quickmap handles these different coordinate systems by warping the image to the correct location on the fly. Old NZMG based rasters such as Air Photos, and new NZTM based rasters all draw at the same speed, making your transition from the old to the new simple and easy.

The Quickmap Topo50 Map Layer is included as part of the Aerial Imagery Expansion Pack.